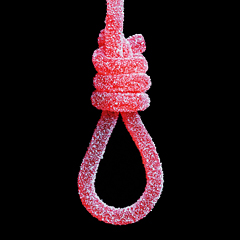 Is sugar ruining your health? The answer lies in how much sugar you eat and in what form. Do you eat processed foods? Are soft drinks the main way you hydrate? Is a candy bar your favorite mid afternoon snack? Some sugar is healthy. Lactose, sugar from milk products can be healthy. Fructose, the sugar from fruit also can be healthy. It’s only healthy when it comes in its natural container, fruit. Unfortunately, manufacturers have found a way to produce HFCH—high fructose corn syrup—and that it’s an inexpensive way to add sweetness and flavor to the foods they sell, so now it’s in everything. That means that the average American is loaded with sugar and that excess is what affects your health.

While there’s lots of argument among scientist as to just how addictive sugar is. Some scientists equate it to the addiction to opiates and cocaine or act as a gateway drug to alcohol and controlled substances. The article written by authors from the Saint Luke’s Mid America Heart Institute in Kansas, James J DiNicolantonio, a cardiovascular research scientist and James H O’Keefe, a cardiologist stated that sugar has many of the effects of cocaine and other addictive substances, triggering the reward and pleasure area in the brain, altering mood and leading to the intake of even more sugar. While other scientists refute the animal study, one thing is certain, when you eat sugar it whets your appetite for even more. It spikes your blood sugar levels and leaves you hunting for anything sweet a few hours later when that spike drops to rock bottom. It also releases large amounts of dopamine in the brain, which can also make it very addictive.

Obesity has now surpassed smoking as the leading cause of preventable death. Not only does sugar add extra calories with no extra nutrients, it has an effect on the body that promotes fat accumulation. This effect comes from a specific type of sugar, fructose. Unlike glucose, the simplest of all sugars, fructose doesn’t trigger activity in the area of the brain that tells the body it’s had enough to eat. It also doesn’t cause the hormone ghrelin to lower. Ghrelin is the hunger hormone. You’ll eat more and feel less satisfied when you consume products with fructose and HFCS is in about everything today.

Even though it was hypothesized long ago, people scoffed at this idea until now.

Until recently, saturated fat has been blamed for cholesterol problems, even though the potential of sugar being the problem was revealed as long ago as 1972. British professor of nutrition named John Yudkin wrote a book called Pure, White and Deadly stating that it was actually the evidence led directly to sugar. Not only did the food industry set out to destroy his reputation, they joined forces with prominent nutritionists of the time and it worked. Today, we know that sugar, not fat has more potential to trigger heart disease and diabetes. After all, saturated fat was a staple in diets in the past, but until the 1920s heart disease was relatively unknown. When sugar became a popular additive to all foods, it began to increase. The same is true for diabetes.