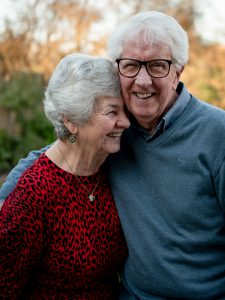 Are we getting closer to solving the mystery of Alzheimer’s disease and eradicating it forever? We are getting closer with more information, even if we haven’t found the final answer. There’s a lot of information that indicates diet/lifestyle changes can lower the risk of dementia and Alzheimer’s disease or at least postpone the onset. Diet and exercise play a big role in the onset of the disease, but so do other factors, such as age and genetics. The difference is, we can control diet and lifestyle, but changing genetics or age isn’t possible.

Your genes play an important role in the potential for Alzheimer’s.

Based on a study from Mayo clinics in Jacksonville, Fl and Rochester, MN, genetics play a big role. They found a gene APOE4 that occurred in approximately 50% of Alzheimer’s patients that affects how the brain cells use insulin. That gene causes cells fail to use it properly and cause the cells to die of starvation, creating Alzheimer’s symptoms. That genetic factor increased the risk by ten to fifteen times higher.

Inflammation and oxidative stress are affected by your diet.

Inflammation and oxidative stress are also underlying conditions that make the brain ripe for Alzheimer’s. Another way of looking at it is that diet causes diabetes, heart disease and obesity, which may encourage Alzheimer’s disease. Recently, the study of the gut microbiome and its relationship to Alzheimer’s and other diseases of aging has opened even more pathways to understand the role of diet and lifestyle in it.

The MIND diet has shown some promise of help.

The MIND— Mediterranean-DASH Intervention for Neurodegenerative Delay—diet is a combination of the DASH—Dietary Approach to Stop Hypertension—and the Mediterranean diet. It’s primarily plant-based and focuses on eating leafy greens and other vegetables, plus berries, nuts, whole grains, fish, poultry beans and olive oil, while also staying away from eating more than four servings of red meat a week, less than a tablespoon of butter or margarine a day, cutting back on cheese (less than one serving a week), pastries and fried foods. They found that particularly leafy greens, berries, nuts and even a little champagne or coffee can help keep the brain strong.

For more information, contact us today at One Love Fit Club