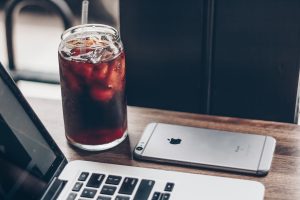 An interesting study in the Journal of the American Geriatrics Society showed that diet soda adds inches to your waist if you’re a senior citizen. It used information from the San Antonio Longitudinal Study on Aging that followed 749 subjects of both Mexican-American and European-American heritage for 12 years. The study started in 1992 and ended in 2004. The findings were amazing and not at all what you might expect. Those who drank diet soda had waist measurements that were three times as large as the subjects who didn’t. Men fared worse than women. The larger the body mass, the bigger the increase was.

Waistline measurements are critical to your health.

There’s fat and then there’s dangerous fat. Dangerous fat is called visceral fat. In common terms, it’s known as belly fat. It accumulates deep inside the abdomen and is difficult to lose. This is fat that accumulates deep inside the abdomen. Belly fat is linked to increased risks for depression, heart disease, type 2 diabetes and insulin resistance.

Another study showed that it’s not just the elderly that have to worry.

A study in the JAMA Pediatrics showed that mothers who drank diet drinks frequently when they were pregnant were twice as likely to have babies that developed weight problems at one year. The babies were obese or overweight by that time. There’s no concrete proof that drinking diet sodas while pregnant had a causal relationship with the obesity, but it certainly makes you stop and think.

What could cause the problem?

The sweetness of diet drinks cause the body to trigger a reaction in the sweetness receptors in the brain that gets the stomach prepared to digest sweet treats. When no sweets arrive, there’s nothing to digest so the body still craves them. That can cause the person to seek out food to satisfy that craving and can lead to weight gain. In other words, artificial sweeteners may trick the brain, leading to a weaker link to the hormone that tells your body it’s satisfied and to stop eating. Sugar has calories and calories trigger the fullness hormone.