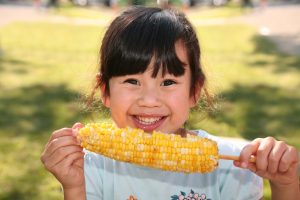 Parents that come to me for help with diet in Chino Hills, CA often ask about ways to ensure there’s adequate nutrition for the picky eater. Some are talking about how to get their kids to eat healthier, but others are either referring to themselves or their spouse. There’s two different approaches, depending on the age and preferences of the person who is picky. One focuses on the fun factor and eye-appeal of the food and the other focuses on flavor and texture.

Every parent has experienced it, you put a new food on your child’s plate and they roll their eyes, make an “EWW” sound and refuse to take a bite. You might not even know they hate the food, since it could be the first time you’ve served it. Of course, you want them to try it. It’s crazy to hate a food you’ve never tried, but kids—and sometimes adults—are funny that way. Instead, serve it with two foods you know they like and if they don’t eat it, wait. A week or two later, do the same thing. Studies show that after being served the same food several times, weeks apart, kids will often try it.

Make the plate a rainbow of colors.

Not only does creating a plate that has a rainbow of colorful fruits and vegetables ensure that your picky eater is getting adequate nutrition, it looks more inviting. The different colors of vegetables and fruits indicate the different nutrients it contains. Tell your child it’s a rainbow of colors and get them used to that phrase. You can even include there’s a pot of gold at the end of the rainbow, then serve a dessert of peaches or other gold colored fruit or dessert dish.

For picky adults and children, hiding the healthy food amidst pasta, potatoes or in soup works well.

Adults can be picky and even worse than children. While you might not feel as worried about the adult as you would a child, it doesn’t mean it isn’t frustrating. You can hide the fresh veggies or food the person doesn’t like by serving it in a pasta dish, with other ingredients they like. You can also make a potato dish with veggies in it or serve an entire meal in a soup. If texture is what they don’t like about the food, cut it in small pieces or put it in a blender when you put it in the dish to make it more palatable.